This week I looked at the btn about Op shops. Op shops are really cheap places that sell second hand stuff that people don’t want.For example, people get rid of things like old toys, clothes that they don’t fit almost anything. These shops donate things to charity as well! In Australia there is a holiday for op shops called Op Shop Week. People who live in Australia give/donate around 2 billion donations to op shops that they don’t want (but it has to be in good condition, clean and not broken because that makes the op shop owner have to pay to fix it).

I understand that it is very kind of the op shop people to donate to charity! I also think that Op Shop Week is a very good holiday!

My question is: How many people participate in this holiday?

She just wouldn’t stop crying. Seriously, it got to the point that it was annoying me! She shouldn’t be crying about this, it’s ridiculous! Like if it was a break up, I would be fine with it, I’ll have to be fine with it because of past experiences (When John broke up with her, she was crying in her room for 5 days straight, and even I knew that wasn’t going to last.) But this, this is pushing it. It’s just a car! When you cry, you’re supposed to be sad. But she’s happy. Mum says their happy tears. Oh please!

Did you know that 60,000 kids who go to school miss big amounts of school each year because of long-term illness? It’s a big problem and most kids are worried that they are missing out on too much. But now a 15 year old guy is trying to help.

This guy is called Darcy’s, his 15 and he’s a happy and healthy kid. But a few years ago, Darcy was really sick and had to miss two years of school!

Some of these things were like hanging out with friends or learning. But there was also things like being part of the school community and doing day to day things.

I get how kids would like to get a few days off school by having the flu but when you have long term illness, it’s different.

But this teenager isn’t alone. There is approximately 60,000 kids around Australia that are missing school because of long-term illness. The most common diseases keeping kids away are cancer, asthma, diabetes and cystic fibrosis.

This isn’t a good thing  because  these  kids aren’t healthy and they are missing out on class. Even worse, these kids are forced to miss out on the fun times at school like hanging out with friends or going on excursions. But Darcy and his mum are now fighting for that to change.

These duo set up a group called ‘Missing School’, and they’re pushing for new laws that would force schools to let sick kids in all classroom activities, even when they’re away. This is because Darcy and his mother want kids to they feel like they’re not missing out, or don’t belong. And they think technology, like video calls, could be the solution. And this week, Darcy and his mum took their fight to the parliament house!

I get that they want to see schools step up and give some support and understanding to the kids who miss school.

While Darcy’s now healthy and back at school, he hopes the work he and his mum are doing will help kids like him feel like they fit in when they are away for a long time.

One question I have is:

Is there other kids fighting like this to stop kids from missing school?

There is the link to the video:

I didn’t know how to describe it. I don’t know… It has always been a mystery on my side of the story. No one ever told me what it was. Or what it felt like. Or even, what it did. Not anything. Even if I deserved to know. I do deserve to know. I think, anyway I can only tell you this much. The only thing I know about this is that this is either good or bad. It is not in the middle. Nothing is. This thing could save mankind, or destroy it. Either way, were in for one hell of a ride!

Crash! These holidays I went to rye. I went to the park and the beach. Here is how it went.

It was beautiful. For once I had found the perfect place. It was greener than any park I had ever seen. And there was lots of cute, cuddly kids around the playground. It was perfect. Until my family came along. At first it was fine, then it got messy.

It happened after lunch, and it happened fast! It was like a tornado swooping through Darwin! All the kids (in my family) were hanging around, lying like lazy lizards on the grass. The sun shined herself on everyone, getting hotter by the second. But then all the boys got bored, and so did Alexis, so they all went to the adults. So that just left me and Travis. Travis is my uncle and was hanging around with the kids. So he decided that it would be funny if he threw George’s thong (my brother’s thong) into a tree. So he threw it up, but it never came back down. It was stuck. Like a needle in a haystack.  And even better, they got my sisters volleyball stuck in the tree, just trying to get the thong down! But the man of the tree finally let us have the thong, letting the wind blow of its branches.                    But we didn’t get Lexi’s ball back.  So for the next half an hour we tried to get her ball down, but it was unsuccessful.

Swoosh! Swoosh! The wind was tugging at me. Crash! Crash! The waves were tumbling over each other, making a terrific thunder noise. Crunch! Crunch! The sound of people’s footsteps crunching over the shells, echoing through the deserted beach.  Well, maybe it didn’t go quite like that. Sometimes there wasn’t any waves and the wind as actually quite nice on a hot day. And um… there wasn’t any shells on the beach that made a “Crunch” noise, especially since there was a lot of people! To be perfectly honest, it was a great day! The sea was full of different shades of blues, aqua, electric, periwinkle, all kinds! The water was cold but refreshing. It was lovely.

So that was one part of my holidays. I didn’t go to Hawaii or Thailand but I had more fun with my family in Rye, than being anywhere overseas. Family is the key to happiness, and a good holiday.

This is the prompt: 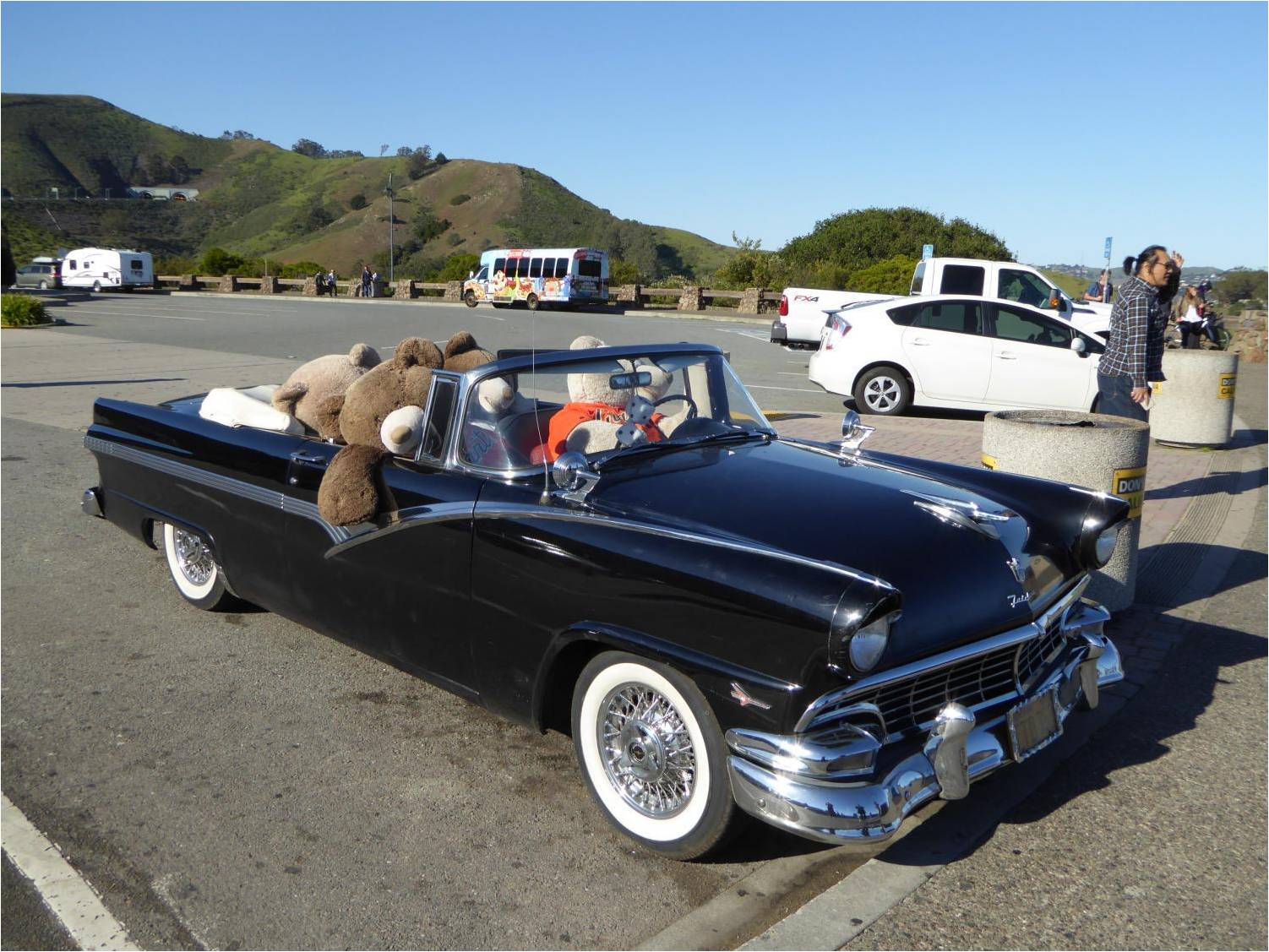 People were waving at me, smiling as we drove along. Ah, the satisfaction of making people happy. Nothing better than that.

“Stop what” I reply

“Because were not GUYS!”

“We can’t be cool guys if were not guys!”

“Well, everyone finds us cute, not handsome”

‘Well maybe when we’re waving at them!”

This remark shut me up. But it didn’t stop me from waving at people!

Malcolm Turnbull is our 29th Prime Minister and born in Sydney. He went to Sydney Grammar School as a kid, then went to Sydney Uni. Later he won a scholarship to Oxford University (in England). His jobs have been a journalist, a popular lawyer and a successful businessman. He is our 5th leader in 5 years.

In the 1900’s, he became leader of a group that wanted Australia to become republic and not follow the Queen as our leader. That’s when he first met Tony Abbott.

In 2004, Malcolm Turnbull was elected to be part of the Liberal Parliament. But he rose through the ranks quite quickly, and he was the leader of the Liberal Party in 2008 to 2009. But he didn’t make it that long because some of his colleagues didn’t like his idea on the things like climate change. He lost in a narrow vote to Tony Abbott on the Election Day.

Malcolm Turnbull did stay in politics and became the Communications Minister on Tony Abbott’s team. But Malcolm still wasn’t happy about the way Tony Abbott was running the country.

In Australia, if there is two people who want to go for prime minister, the party takes a vote. So Malcolm challenged Abbott to a vote and Malcolm won. The end scores were Abbott 44 and Malcolm 54.

In Australia, political parties choose their own leaders. So Turnbull asked Abbott for a vote and then it was up to all of the members of the Liberal Party to decide who would lead them, and therefore the whole country! Malcolm proves to be pretty popular, making the government look a lot better.

I’m glad that Malcolm thinks that his government will be different to the last one because change is good.

I’m also glad that he said

“We are going to make the decisions carefully, consultatively, and listening – not just talking to but listening to – as many people as we can.”

It is more comforting to know he will listen to us if we do/don’t like something.

One question I have is, will he keep his promises and why/why not?

Here is the BTN link:

The cabins were big,

And the tents small.

But all the kids,

Worked through it all.

We found a place,

To start our race

And other types of games

The waves crashed by.

They tumble, tumble, and tumble,

Against the running tide

Their mouths were huge!

And those fish, they swallow!

They ate, ate and ate!

Then later they went for some bait.

At last we arrived,

And showed our tears.

For we had just left,

The greatest camp of our lives!

This piece is going to be published in a book so I thought that I would publish it. Here it is. 🙂

Splash, splash, splash
The rocks against the lake
They paddle and piddle across the floor
With nothing in its way

Extension:
(Last Paragraph but not in the book)

I glanced over at the open door. That door. It ruins everyone’s life. Especially hers. I hear my mother talking to her softly, calming her down. It’s really quiet here, until she starts up again, doing that cough of hers. I would normally say its fake and she’s trying to get attention but, in the middle of the noise that comes out of her, whatever it is, is pain. Pain and lots of it. I wake up to hear her scream, cough out in pain. And it doesn’t just scare me, mum’s worried sick. She knows it’s soon. And it is.